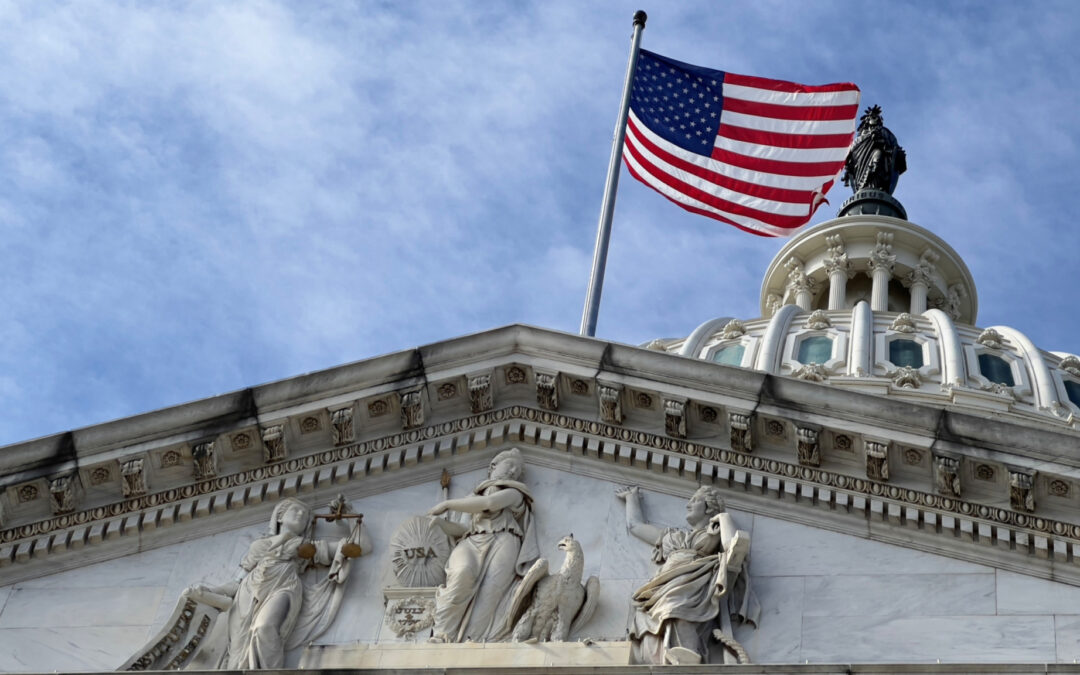 Originally published on May 4, 2022, by the William and Flora Hewlett Foundation

Jean Parvin Bordewich is a program officer in the U.S. Democracy Program at the Hewlett Foundation, overseeing grantmaking for the National Governing Institutions strategy. Earlier she spent more than 20 years on congressional staffs, including senior positions in both the Senate and House of Representatives. She also has been a local elected official in New York State, political campaign manager, and playwright.

As Jean nears the end of her eight-year term at the foundation, we sat down to ask for her thoughts, both on philanthropy and on the evolution of U.S. democracy more broadly.

You’ve worked in and around government for decades. How do you feel about the state of democracy in the U.S. today?

I am cautious and hopeful, not in spite of, but because of our current conflict — as long as that unrest is nonviolent and contained within our democratic institutions. When these institutions are under threat, Americans must respond. And they are — I’m encouraged by the large number of new organizations aimed at bridging differences, the high voter turnout in recent national elections, and serious attempts to rethink democracy in an era of rising authoritarianism around the world. My hope is that our governing institutions emerge from this period not as they were, but reshaped and strengthened with greater support from the public to serve a democratic, 21st-century United States.

What else makes you hopeful?

History. A frame of reference that is wider than our own experience adds perspective.

As a teenager, I was an intern in the House of Representatives during the Nixon Administration, before Watergate, while the U.S. was still enmeshed in Vietnam. It was a tumultuous time, but as a young person, I didn’t fully appreciate how frightening the anti-war protests, the burning of cities, the assassinations of Martin Luther King, Jr. and Robert Kennedy, the growing Black Power movement, and other political turmoil were to adults like my parents, who wanted stable democracies after the horrors of World War II. As I learned more history, I realized political conflict, even violence, is more the norm than the exception. It can be a vehicle for progress and correcting deep-rooted inequities — or not. We all have a stake in how it works out.

In my work as a playwright, I have explored earlier periods of intense political conflict. One was the titanic political battle for racial equality immediately after the Civil War, which failed. Another was the McCarthy period in the 1950s, when mere allegations of homosexuality or Communist affiliations were enough to destroy one’s career and family.

My point is that we have survived perilous political times before, but not always well. In the first case, white violence against Black Americans and the policies of President Andrew Johnson defeated efforts in Congress to create a new society of full racial equality. The consequences have been horrific for Black Americans and we continue to grapple with them today. In the case of McCarthyism, it eventually collapsed but even a popular president, Dwight Eisenhower, wouldn’t oppose McCarthy during his heyday. Given our history, I was not surprised that few Republican elected officials would speak out against Donald Trump’s anti-democratic impulses. It’s disappointing, but not unusual.

Why has your grantmaking while at the Hewlett Foundation focused on U.S. governing institutions?

The health of American democracy is crucial because it is a beacon for the entire world, where authoritarianism is on the rise. In this moment, we need to recommit to vital democratic principles — not to mimic the past, but to reinterpret our values and our institutions for a new era.

Hewlett’s grantmaking strategy focuses on the first and second branches of the federal government, Congress and the executive branch. I define governing institutions more broadly — embracing also the Supreme Court and legislative, executive, and judicial entities at all levels of government. Bureaucracy can sound boring, but it’s where the law, democratic values, and implementation meet.

Until 2021, our strategy focused exclusively on Congress. Those philanthropic investments are starting to mature and show real results inside the institution. Over the last 50 years, the “what” of Congress has not changed. It is fundamentally a representative institution, with each member rooted in their home district and balancing tensions among national concerns, party demands, and hometown voters. But what has changed, and what we have the opportunity to further advance in this moment, is “how” Congress carries out its work. The pandemic and other factors have created new flexibility and willingness inside Congress to change, particularly in accelerating better use of technology.

Public support for those very institutions is low by historical standards, according to Pew Research studies. Why is this a problem?

It’s a problem because in a representative democracy, elected officials and their staffs cannot get out too far ahead of the people they represent. A lack of broad public support for government constrains what it can deliver for the American people.

Interestingly, support for Congress in these surveys skyrocketed briefly after passage of the first CARES Act, the enormously generous appropriation to help businesses, nonprofits, and individuals cope with the economic impact of COVID. This was bold action and big spending passed by large bipartisan majorities in a supposedly sclerotic Congress.

What the public hears from and about Capitol Hill is weighted to the most contentious issues; too many believe discord rallies voters, donors (to advocacy groups, as well as political campaigns), and media readers. I think we’re exhausted from that constant tone of crisis and conflict, and what we miss is Congress’s actual productivity. Despite extremely high levels of partisanship and public displays of acrimony, the last Congress passed more legislation on substantive issues — as measured by number of papers of new statutes — than any Congress since at least 1947-48, according to the Brookings Institution. That’s not gridlock.

What needs to shift in how philanthropy works to strengthen governing institutions?

First, philanthropy should think of democracy building as more than bolstering civic participation and voting. An engaged electorate will become even more frustrated and angry if the democratic institutions of government fail to meet public needs.

Second, conservatives need to update their “lean government” ideology to accept that government must fulfill certain roles and it needs sufficient funding, expertise, and career civil servants to accomplish that. Progressives need to overcome their habit of denigrating government as corrupt, while also wanting it to do more; they would be more likely to achieve their goals with widespread support and trust in government. Philanthropy should invest in both strengthening government capacity and competence and in shoring up public support.

Third, find areas to invest that are consistent with each foundation’s priorities. For example, some funders are supporting a pipeline of students and young technologists for government jobs; others support graduate education that brings diverse perspectives to government; others are working to broaden the talent in national security positions. At Hewlett, in addition to our longstanding work in Congress, we are focused, in the executive branch, on the next generation of career civil servants, including changing the federal workplace to attract them, and educating lawmakers about outdated statutes that thwart change.

Finally, philanthropists need to invest in emerging efforts to boost public education, understanding, trust, and support for government. This basic shift in attitude would give policymakers greater latitude to act in the public interest and stop rewarding them for attacking government.

Just because we are in a period of high conflict and breaking of norms does not mean our democracy is doomed. Let’s think instead about creating new norms. We can do that by recommitting to vital democratic principles — not to mimic the past, but to reinterpret our values and our institutions for a new age.